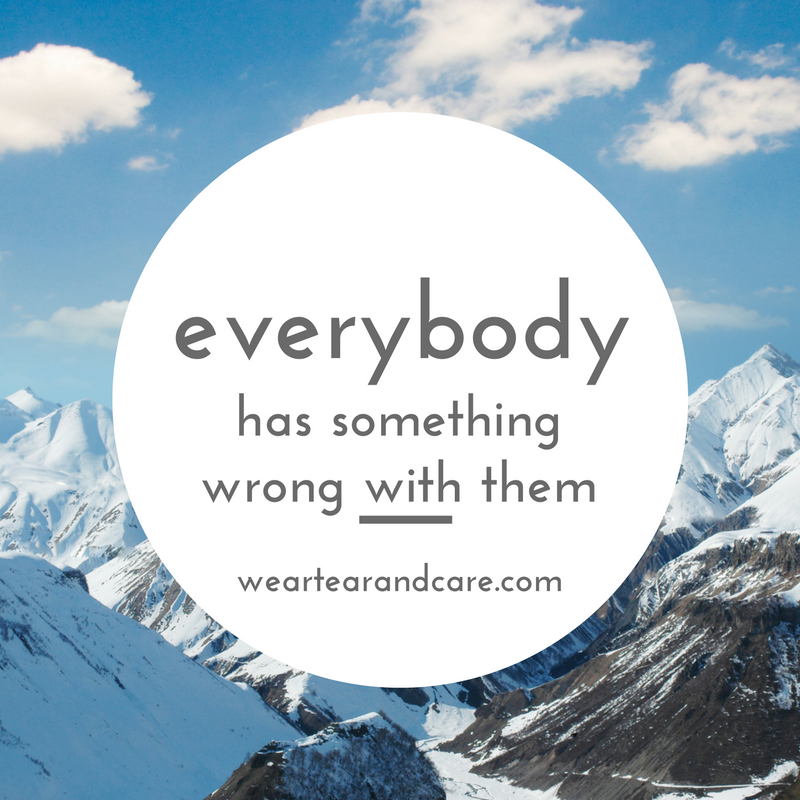 Everybody has something wrong with them.

I don’t care who you are or how many marathons you’ve run or how loud you are about it, but literally everybody on this planet, no matter how young or old, has something inside that is actively working against them. That young boy bicycling to school has Type I diabetes. The teacher shepherding students into the classroom has arthritis. The school bus driver has sciatica that runs down her right leg. The mailman has a limp because his hip gave out after twenty years of walking his route. The old woman shuffling down the sidewalk has cataracts, rheumatoid arthritis, and skin cancer from the days of tanning with baby oil.

If something isn’t wrong with us when we’re born, something will go wrong. As soon as we are born we start to die, and little chips of us are broken away year after year by means of illnesses and sprains and accidents and cancers.

Some people don’t even know anything is wrong yet. Two guys see their coworker struggling with the side effects of chemotherapy and think, with a bubble of guilt, “Thank God that isn’t me.” But one of them has hardened arteries that could blow any day, and the other comes from a long line of early-onset dementia. They both feel fine. They are not.

Many of us have the luxury of finding out exactly what is wrong with us. Examining the human body is like doing a house inspection — you poke around for a few hours, you’re going to find some surface stuff, sure — but you won’t know the deep, intimate secrets of the house until you’ve lived there for a few months, searched every corner, found the seventies leisure suit in a back closet, realized the basement wasn’t sealed properly, and discovered that the retaining wall is actually backed with sand. 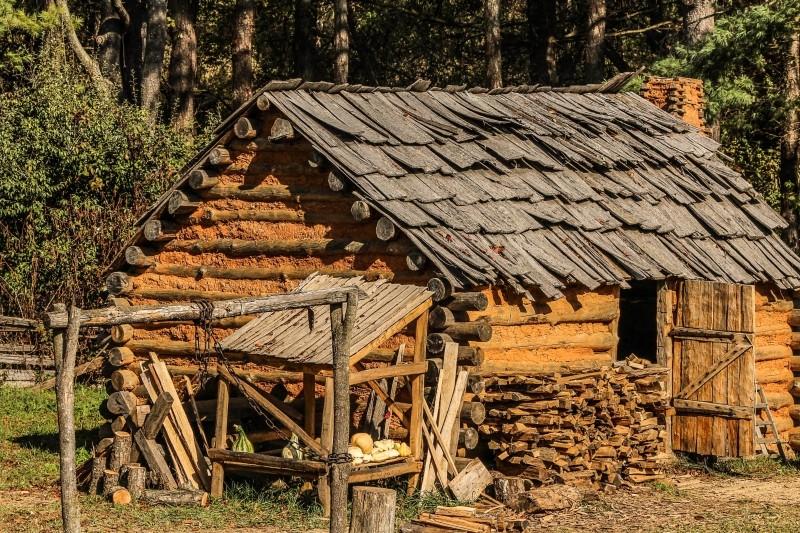 “Well, I’ve finished checking out your house, and the foundation is made of squirrels.”

When you know your doctors’ ever-changing resident team by their respective names, you go to the doctor too often. One doctor’s appointment unearths something that leads to several more appointments, MRIs, bone density scans, X-Rays, blood draws, and countless other tests. Out of desperation to comprehend their own conditions, they become amateur medical researchers just to understand what’s happening to their bodies. Unfortunately, those are the people who sound hypochrondriatic. They’ve been forced into situations that set out their bodily shortcomings, which separates them from the seemingly healthy people, which means they have to drag out their laundry list of problems in order to explain strange behavior. This can happen even during normal events — like sitting, for instance.

“Hey Jen,” my friend says, “you want to sit with me on the couch? It’s super soft!” She pats the couch enticingly, waggling her eyebrows. It does look super soft.

“Sorry, friend,” I say, moving to the hard-backed reclining chair across the room. It was probably made during the Civil War. “Because my back is messed up from two car accidents that resulted in four fractures and two fusions, I can’t sit on soft things. I need furniture that provides support. Like the floor. And if you see me get up and wander around, that’s just because I need to stretch. I can’t sit for really long periods of time.”

“Whole couch for me!” my friend shouts.

Here’s what happens when I’m out at dinner with friends.

Cause of death? DELICIOUS.

“Hey Jen, do you want to get Italian food?”

I hesitate. “I’ll need to check the menu, but even if I can’t eat, I’ll still hang out with you guys.”

“How can you hang out with us and not eat?” They stare at one another. “What does that even mean?”

“Well, I have — okay, well they’re kind of like food allergies, but it’s an autoimmune disease called Eosinophilic Esophagitis? It presents as food allergies but it’s a histamine reaction –”

“So what can you eat?” one of them asks, impatient.

“How do you live?” they always ask. I mean, I don’t know anything else. It’s been this way for nine years, so I’m kind of used to it. I feel better if I don’t eat those foods, and feeling better is always nice. So hey, everybody wins!

The person will usually size me up then, eyebrows a bit furrowed. “But you look fine!”

It’s meant as a compliment. You look great! You look fine! Yes, I look fine. I broke my spine, not my face. Most of us look fine. The largest organ in the body is the skin, and it covers literally everything else that could be potentially be problematic. If our injuries and illnesses aren’t superficially obvious, then we must not have anything wrong with us. Right? Isn’t that how it works? Buildings definitely don’t fall because of weak foundations, right? That’s inside the house. I’m sure it’s fine.

I had the fortune of finding out my problems early in life. A car accident forced doctors to dig deeper into my body to figure out why it wasn’t healing. These visits led to my diagnosis of Eosinophilic Esophagitis. By visiting the doctor so much, I know which symptoms are worthy of note and which can be ignored.

My point is that someday, you will reach this point if you haven’t already. You might not experience it for very long — you might be seventy and be told you have stage four cancer with six weeks to live. Would you spend those six weeks learning everything about your condition and ways to prolong your life? To live more comfortably? To make things as normal as possible? That’s what all chronic patients do every day. The difference is we’re not acute. Our problems have been around for a long time. They’ll be with us until we die unless cures are invented during our lifetimes. I might be alive for some electrostimulation invention that blocks all of my pain and not just a percentage. I might be alive when they’re able to selectively cut the nerves responsible for being stuck in this painful feedback loop.

But your inner demons, your bad back or gout or interstitial cystitis or myocardial infarction, it’s sitting there, waiting. It will unveil itself at one point or another.

My ultimate point is that if you can’t see the problem — if you can’t visibly see the electrifying agony sparking up and down my spine, if you see a woman with a cane who doesn’t look like she needs it, if you see someone using the handicapped parking space while not looking the part — how about you don’t say anything?

Other people have a skin jacket, just like you, that covers a world of complicated internal machinations. My body breaks down more often than my car. Please go easy on me.

These 100-million-plus people in the United States who suffer from chronic pain know that pain more intimately than you hopefully ever will. The Dictionary of Obscure Sorrows has a great word that personifies this: sonder. You’re just a background character in someone’s life. You’re the person in the coffee shop buying a latte when that other person, the hero of another story, gets the worst news of her life. You’re not the protagonist. Everybody is in a different story.

Think about how complex your life is, how much stress you have, how hard your job is, how frustrating relatives can be, how many things are on your plate. Imagine having a roommate suddenly move in — one who doesn’t pay rent, who eats all your food, who keeps you up all night playing the hammered dulcimer. You become sluggish. Wasted. This roommate, he sucks away all your energy, and sometimes he even follows you around, sucker-punching you in the ribs. This roommate is the worst.

“Carl, I can’t believe you drank all my liquor, stole my girlfriend, and set fire to my house! I’m not giving you the security deposit back!”

That’s what we’re dealing with on a daily basis. Our attention is split in half. One half is focused on our regular lives, our jobs, and our families. The other half is focused inward, caught in a storm of such great strength that it pulls the breath from our bodies. So if we seem distracted or forget what you’re talking about, that’s why.