No doctor worth their degree says, “I can fix you.” It is a promise that no one can keep. The beginning of “Dr. Death,” a relatively new podcast from Wondery, speaks to that resigned place in the soul of someone weary with suffering, and this doctor said the words all pain patients are so desperate to hear.

“Imagine. You’re struggling with back pain for months. No one can tell you what’s wrong. Then, you find a doctor, and the words that he said that I wanted to hear were, ‘I can fix you.’ Those are magic words. I was in pain.” — via Wondery

My gorge rose while listening to the vivid details of a patient’s head literally being separated from his cervical spine by this surgeon’s sheer ineptitude. Another patient’s esophagus was cut and a sponge left inside to fester. Yet another’s vocal cords were destroyed, rendering her voice a strangled, raspy whisper. Nerve roots severed. Bone fragments digging into muscle and even the spinal canal. All of them suffering from back pain, neck pain, all just desperate for relief. These are thirty-three victims of a neurosurgeon who was seemingly intent on not just killing his patients, but ruining his patients, oblivious to the destruction left in his wake.

Listening to this podcast as a regular person would be horrifying. Laura Beil’s reporting is solid, her calm voice weaving narration in the detached way this story needs; too much emotion, and I would be overwhelmed and forced to skip ahead, like I recently did with the first episode of “Happy Face” (listen at your own risk, because the Happy Face Serial Killer did not like cats).

These days, it’s imperative for reporters to be open-minded and even-handed. You can sense Laura’s righteous anger at Christopher Duntsch, the disgraced neurosurgeon with stellar credentials who claimed he was the best in Dallas (spoiler: he’s not). You can tell Laura wants to do everything she can to expose a medical system more intent on protecting itself than its patients. The problem is so much larger than one sociopathic, cocaine-riddled surgeon. The problem is that the system allowed him to exist and to continue harming patients despite his obvious incompetence. The system even seemed to encourage it.

As a back pain sufferer, the podcast hits home. As a former journalist, I admired the hours and hours of work and the level of detail. As an attorney, it enraged me. Duntsch was allowed to go from hospital to hospital because A) no law exists for what he was doing (How, exactly, does one sue a surgeon for being terrible at surgery? Answer: You get creative) and B) other physicians feared potential lawsuits. If they reported him and his shockingly awful surgical skills, Duntsch could retaliate and sue them in response. “They’re infringing on my livelihood with these defamatory claims!” he could claim. “I can’t make several hundred thousands of dollars per year if you carry on like this!”

Hey, but what about your patient’s spine? Remember that?

Duntsch’s record remained clear for years despite a national database existing for this very reason. Mentors kept their mouths shut. Supervisors swept problem surgeries under the rug. Patients — even Duntsch’s best friend, who willingly went under the knife — were left utterly devastated.

We put so much faith in our doctors. We trust, knowing they are educated and have dealt with similar problems in the past. I allowed another human being to cut into my body, to reach into the part of me controlling all of my limbs, and fix what he found. Twice. I trusted that he knew what he was doing when fiddling with the Jenga tower that is my spine and that he had been vetted by a qualified panel of experts.

Christopher Duntsch took advantage of that trust. Laura Beil recounted a story about how Duntsch just could not accept he wasn’t a good linebacker during high school. He couldn’t nail drills during football practice. He would try again and again, haranguing the coach to watch his movements, enlisting teammates to help, dragging the drill out for weeks beyond anyone else. When the drill came up again in practice later in the season, he’d still be unable to do it. But he would not accept defeat. 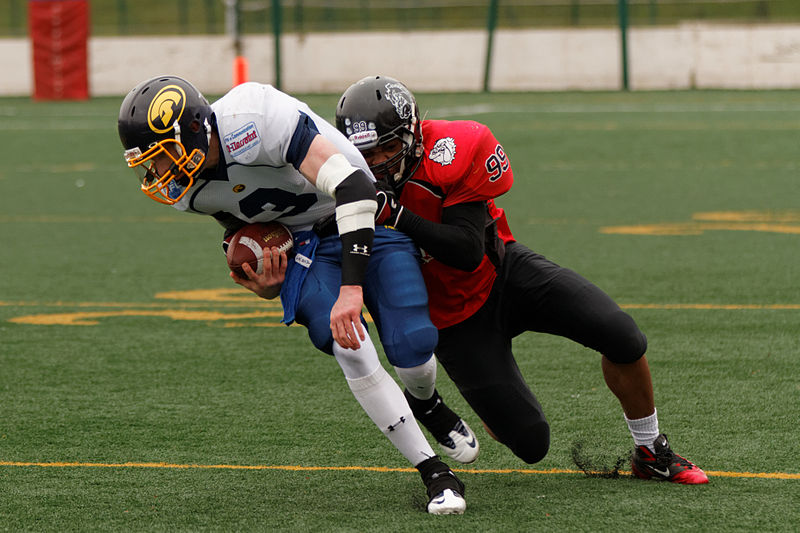 When does refusal to accept defeat become madness?

He was like this with wrestling, too, because of course he was. He was all about sweat equity, thinking that if he worked hard enough, he’d somehow succeed. Plenty of people are told this as children, but I’m not sure our parents meant it literally. Duntsch actually hung up on a friend mid-conversation, drove over to his house, knocked on the door, and challenged him to a match in the front yard when the friend said, “Dude, you’re really bad at wrestling.” And wouldn’t you know it, he was bad at wrestling! Duntsch was pinned easily and insisted on remaining there at his friend’s house, assessing his mistakes, calling for rematches, and continuing to fail. But he would not accept it.

How did the system actually allow him to do this? To fake his way into an operating room? To destroy people’s lives and leave them with no recourse?

Multiple layers of safeguards are supposed to protect patients from doctors who are incompetent or dangerous, or to provide them with redress if they are harmed. Duntsch illustrates how easily these defenses can fail, even in egregious cases.

Neurosurgeons are worth millions in revenue for hospitals, so Duntsch was able to get operating privileges at a string of Dallas-area institutions. Once his ineptitude became clear, most chose to spare themselves the hassle and legal exposure of firing him outright and instead let him resign, reputation intact.

It didn’t matter who Duntsch took down with him, either. He rendered his best friend — his best friend — a quadriplegic when all Jerry Summers wanted was to be relieved of his neck pain. And folks, this doesn’t even address Duntsch’s alleged cocaine use and drinking before surgeries. Or the email he wrote to his secretary/lover: “You, my child, are the only one between me and the other side. … I am ready to leave the love and kindness and goodness and patience that I mix with everything else that I am and become a cold blooded killer.”

I can see why this case is so novel, legally-speaking. If doctors are prosecuted in a courtroom for conduct in an operating room, what’s to stop the law from coming down on anyone who assisted him in those thirty-three terrible surgeries? The nurses, who were yelled into submission when they questioned his authority? The radiologist, who could see the incorrectly-placed bolts and screws, but also quelled under Duntsch’s anger? As lawyers like to say, it’s a slippery slope. If this doctor is prosecuted, then who else will be?

Well, an operating room is hardly a criminal conspiracy. Everyone likes to think they’d stand up for what is right if they were in that nurse’s shoes. They’d stop the operation. They’d tackle Duntsch and grab the scalpel from him. Then they’d lose their job, at the very least. It would only get worse from there.

It’s a bad situation for everyone, but what everyone seems to forget is that the situation is worst for the patient. We’re the ones who are ruined and left with no recourse. In Texas, where all of these crimes occurred, tort reform in 2003 ensured that pain and suffering damages are capped at $250,000. Attorneys hardly even entertain taking medical malpractice cases for this very reason. In another state, Duntsch’s actions might have spurred swifter repercussions. The damage might have been contained. Not only are there no laws on the books for what Duntsch was doing, but patients are left with no avenue for compensation. Duntsch had to be indicted on elder abuse and five counts of assault because no lawmakers had ever envisioned this scenario.

Duntsch was convicted and is in prison for the rest of his life. Great. That’s dandy. Now we must make sure that other patients are protected, that laws are put on the books for this type of nightmare scenario. This must never, ever happen again.