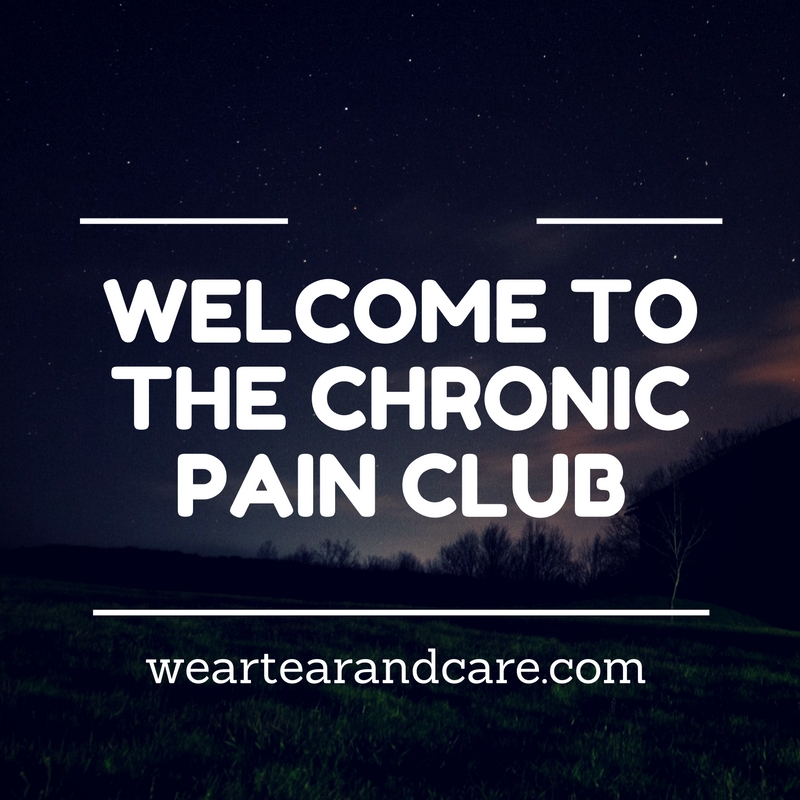 It might have been a car accident. Maybe you overextended yourself during a gym class. It could have been a sneeze gone wrong. Perhaps it was caused by trying to put on a pair of pants. In the end, though, you might just be getting older. You wait for the pain to get better, but it doesn’t. Weeks turn into months, months turn into years. Doctors’ faces blur together. They try this, that, and the other thing — and it might help for a little bit, or not at all. Whatever the reason, you are now one of the 1.5 billion people worldwide who has joined the Chronic Pain Club.

This clubhouse is like the cover of a politically correct college textbook.

It is kind of a club. And at this point, in a strange way, I am thankful for my membership.

I’m not being facetious. Obviously I would prefer not to be in pain, but hey, here we are! A couple years ago, I would have smacked myself for saying that I’m thankful for what this experience has taught me — I would have groaned to this bizarrely optimistic person that the pain is so bad, it’s all-consuming, it is the world. You just don’t understand.

As I said recently, I have reached the end of the Western medicine road. Though there are always new discoveries, I need to come to terms with my current situation. This is what I have learned:

Doctor: “You sound great. Or maybe you’re dead. Hell, I don’t even know what this thing is called.”

Not just living, but thriving. I have to produce things. I have to be creative. I have to make this life worthwhile. I have to learn how to do that despite my current limitations. More than that, there has to be some sort of point to all of this. There used to be a reservoir of ever-present stories in my head, sparkling ideas that I would snatch down from the sky and spin into books. Since being doped on antidepressants, I can’t access that creativity. But I refuse to just sit in my recliner at home, not thinking, not doing, not being.

Once I realized that this chronic injury is part of me and that it can teach me things I otherwise would not have learned, I was able to climb out of that oily pit and see things clearly for the first time in more than a decade. I found myself at a loss, though. What do you do when you’ve reached the end of the road? Where do you go? To whom do you turn?

You have to fight for pain relief, obviously. Doctors have closed the door on traditional methodologies like medication, injections, and ablations. You tried those. They didn’t work. You even start to doubt yourself: “Is the pain really that bad? Maybe I’m overthinking it. Nobody is taking me seriously. They think I’m just being difficult.”

Doctors even ask you to see a pain psychologist in order to make sure you aren’t seeking secondary gains. Maybe you actually like being chronically ill because of the related “perks”: getting out of work, having an excuse to stay home, and being able to ignore relationship obligations. Maybe you’re just seeking attention. Maybe you like being the brave survivor.

Unless my time spent at home is as relaxing as it is for this puppy, then 9 times out of 10, I’d rather be at work.

Thankfully, my pain shrink has nixed that idea with me. I feel terribly guilty when I have to go home early. I don’t like talking to my friends about what’s going on with me. I miss being able to do fun things with my husband — especially on a whim. The level of planning involved when dealing with chronic pain is absurd. 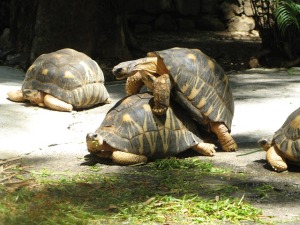 So what do you do?

You become a researcher.

Being in the Chronic Pain Club teaches you many things — you know yourself better than you ever could have dreamed; you know your real friends; you learn your limitations and how to push past them; you find joy in life’s details; you learn to say “no”; you see beauty in impermanence; you find new activities and new reasons to live; and you know that nothing is forever, not even your pain.

However, that is not enough. It is you against the medical society. Nobody else will fight for you the way that you need to fight. If doctors can’t control the pain, you need to find ways to control it yourself. Otherwise, life stops. You drift through existence, waiting for the next moment of relief. I have decided that I can’t do that anymore.

That being said, I am pleased to announce that I have been accepted as a columnist for the Pain News Network. This online publication seeks to give a voice to those suffering from chronic pain and illness. I will be reviewing medical devices and different therapies. If doctors can’t help me, then I’m going to help myself. I am going to try any and all therapeutic modalities. Even the weird ones. I’ll try exercise routines. I’ll try alternative healing. Whatever it is, whatever you’ve heard, I will try it. Have a weird remedy that your grandma swears by? Send it my way. Heard about a Turkish traction device? Toss me the link. If it doesn’t work, fine! Then I’ll have saved time for somebody else in my situation. The one thing I will not do? Offer false hope.